The foundation of this venture was laid the previous year by a group of civic leaders and music lovers, who adopted the dual mission of presenting operatic productions at the highest possible professional standards and educating the community about opera.

“Rising Stars from the Met” concert with the Greensboro Symphony Orchestra was produced in the fall of 2004. The Marriage of Figaro was produced in 2005, followed by an adaptation of Gianni Schicchi: The Will, commissioned from the School of Music at the University of North Carolina at Greensboro in 2006.

GO’s 2006-2007 season brought three original productions to the stage: Madama Butterfly (2006), two sold out performances of Hansel and Gretel (2007) with an entirely regional cast, and four sold out performances of The Face on the Barroom Floor (2007) with composer Henry Mollicone on the podium. A thrilling Rigoletto (2007) was followed by the charming L’elisir d’amore in 2008. In spring 2009, two American one-acts, The Telephone & Trouble in Tahiti, presented internationally known and local singers. GO capped its 2009 season with Verdi’s beloved La Traviata, and offered Mozart’s family-friendly The Magic Flute in 2010.

The education arm of the dual mission of Greensboro Opera has enjoyed equal attention and success. In collaboration with Guilford County Schools and the UNCG Opera Theatre, GO has presented an opera to all Guilford County public school fifth grade pupils since 1991. Approximately 6,000 youngsters attend one of six performances in the beautiful Carolina Theatre. GO sponsors educational programs for adults, such as operalogues before performances and programs for clubs, churches and synagogues, civic groups, and retirement communities.

In 2012, Greensboro Opera entered into a formal partnership/collaboration with the UNCG Opera Theatre, whereby the opera company financially contributes to the UNCG Opera Theatre, and in exchange receives marketing and other logistical and production support. The first few years of this venture resulted in our fall Galas entitled Got Opera? and Wine, Women, and Song, which featured UNCG alumni who are singing in prestigious theatres throughout the world. Sidney Outlaw, Joel Sorensen, and Jill Bowen Gardner were among our distinguished alumni who graced our stage in these performances. 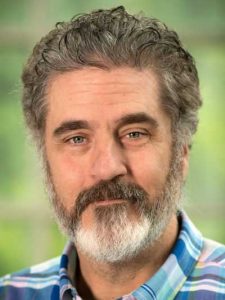 In 2013, David Holley was hired as Artistic Director, and the plans to return to producing fully-staged operas were put in place.

In January of 2015, Greensboro Opera produced La fille du régiment with a stellar cast featuring René Barbera and Ashley Emerson. Mr. Holley was President of the National Opera Association and was hosting the NOA’s Annual Convention in Greensboro at the same time. Greensboro Opera’s production was the featured performance of the 2015 NOA Convention and saw opera luminaries such as Samuel Ramey, Stephanie Blythe and Warren Jones attend the performance on opening night. This successful production was quickly followed up with La Cenerentola in August of 2015, featuring Sidney Outlaw as Dandini and Andrew Owens as Prince Ramiro. Cinderella was sung by Sandra Piques Eddy, who returned to sing the title role in a nearly sold-out Carmen in 2017. Greensboro Opera presented Rossini’s masterful comedy, The Barber of Seville featuring Metropolitan Opera baritone David Pershall (our Escamillo in Carmen) for the 2017-18 season and produced Madama Butterfly and Humperdinck’s Hansel and Gretel in 2018-19

David Holley was promoted to General and Artistic Director in March of 2018.
Go to Top